The Maryland Historical Trust is pleased to announce that Anne Raines will be our new Deputy Director.  Anne is no stranger to our partners and constituents, since she has served as our Capital Grants and Loans Administrator since 2010.  Her duties have taken her around the state for workshops, site visits, and outreach for the African American Heritage Preservation Program, the MHT Capital Grant and Loan Programs, and the National Park Service Hurricane Sandy Disaster Relief Grants. 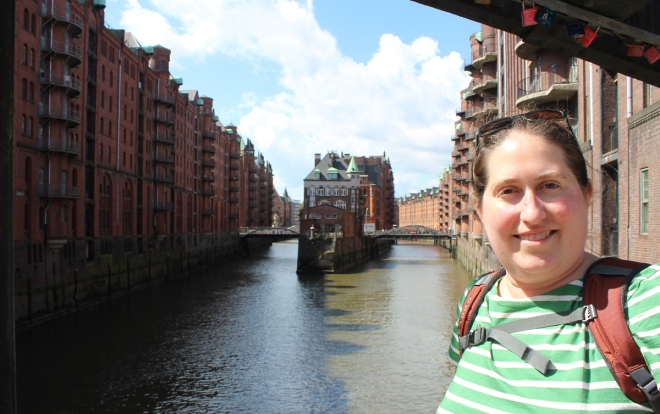 Hailing from a small textile town in North Carolina, Anne studied architecture at the College of Design at NC State.  During undergrad, she enjoyed designing projects set in a strong existing context; once, she proposed creating a spa in the old E.B. Bain Water Treatment Plant in Raleigh – an interesting if questionably sanitary adaptive reuse proposal.  Outside of studio, she particularly enjoyed “North Carolina Architecture,” an elective taught by Catherine Bishir, the state’s foremost architectural historian.  This class led to an internship as a research assistant to Catherine and co-author Michael Southern for A Guide to the Historic Architecture of Piedmont North Carolina.  Anne readied maps and documents in preparation for long, lovely days driving the back roads, learning from the two experts while vetting houses, mills, country stores, and churches.  It’s hard to imagine a better first job in the field!  During this time, Anne also reviewed rehabilitation tax credit applications for the North Carolina SHPO, which took her further afield into eastern and western parts of the state and gave her a strong foundation in technical preservation issues.

In 2002 Anne relocated to Baltimore to join Klaus Philipsen, FAIA, at ArchPlan Inc. / Philipsen Architects, a small architecture, urban design, and planning firm, where she worked on both new construction and rehabilitation projects, including Printer’s Square Apartments and the Professional Building in Baltimore’s Mount Vernon.  Her duties ranged from feasibility studies through construction administration, and she could often be found on job sites proudly wearing her bright pink hard hat.

In 2007 Anne and her husband, Eric Leland – also a “recovering architect” – moved to Cornwall, England, to satisfy a lifelong yearning to live abroad.  Eric earned an MA in Illustration while Anne commuted on a charming branch line train to work at Barlow Stott Architects in Truro.  The following year they moved to Edinburgh, Scotland, where Anne pursued the MSc in Architectural Conservation from Edinburgh College of Art (University of Edinburgh), the oldest historic preservation degree program in the UK.  While absorbing new vocabulary such as “harling,” “rendering,” and “pinning,” she also learned to appreciate preservation challenges as diverse as ancient stone buildings and modern public housing.  Her thesis, undertaken with the guidance of program leader Dr. Miles Glendinning, focused on the conservation of industrial heritage sites in the Ruhrgebiet area of western Germany.

Upon returning to the US, Anne made it her mission to find a public-sector job in historic preservation, remembering fondly her first job in the field.  Her design school training as a creative problem-solver, as well as her desire to put her skills and education to work for the good of her community, have been the hallmarks of her work at MHT.  Please join us in welcoming Anne to her new post!