Each year, the Maryland Heritage Areas Authority (MHAA) provides grant funding to heritage tourism-related projects that preserve and celebrate important places across the state. As part of Preservation Month, the MHAA staff wanted to take the time to visit one of these fascinating places where preservation work is underway, and to take you — our blog readers — along with us on a photo-based virtual tour.

The place we chose to visit was the Wye Grist Mill, where we were greeted by the cast of characters above: John Nizer (Board President and volunteer extraordinaire for the Friends of Wye Mill), Gail Owings (Executive Director of the Stories of the Chesapeake Heritage Area), and Otis, a canine-heritage-tourism-enthusiast who you may recognize from his frequent appearances visiting historic buildings and landscapes on the Stories of the Chesapeake Heritage Area’s social media feed.

The Mill dates to 1682, and — with very minimal interruption — it has been grinding grain to produce flour ever since. It is listed on the National Register of Historic Places. One of the Mill’s claims to fame, featured prominently in tours and signage, is that it (and many other mills on the Eastern Shore of Maryland) shipped flour to the Continental Army, commanded by General George Washington, during the American Revolution. Part of what makes the Wye Grist Mill so special is that it’s a rare survivor. Sadly, those “many other mills” that dotted the Eastern Shore during the American Revolution are nowhere to be found today.

But Wye Mill is still standing and still grinding. Visitors can still see the grindstones, the waterwheel, and all the other intricate inner workings in action on the first and third Saturdays of each month from May to the middle of November, when a trained miller is on site. Visitors may also purchase grain. I, the author, can attest that the cornmeal ground on-site is fabulous, and makes a mean cornbread.

When we arrived at the Mill on a cloudy Wednesday in early May, one of the first things that John Nizer showed us was a new door on the rear lower level of the building that had just been commissioned and installed as part of the MHAA grant project. The previous door was determined to be damaged beyond repair, and a new “beaded vertical plank exterior door with diagonal interior sheathing” was approved by the Maryland Historical Trust just this spring.

John was excited to show it off, not only because of the door’s period-specific details, but because of the people who made it. A local teacher at Queen Anne’s County High School, Ron Frederick, took on the special project with some of his best carpentry students. Even the nails on the door are handmade. Charles Euston, a blacksmith working in Woodbury, CT crafted all 175 of them. He also does blacksmith work for the National Park Service.

As John explained and as the Mill’s hand-painted illustrations convey, the building uses an automated system for grinding grain, which was invented by Oliver Evans in 1784. This system would have been installed at the Wye Grist Mill sometime in the late 18th century or early 19th century, according to the signage present on-site. It replaced a system that required much more manual labor.

When the miller on duty is ready to get started grinding, he or she opens a small metal gate that allows water to flow onto the waterwheel from a nearby containment pond. The waterwheel then powers the automated mechanisms. A miller must start the milling process by pouring grain down into the door in the floor (shown below) that leads to the “grain spout.”

From the grain spout, the grain then goes up an elevator to the top floor and back down another chute into the hopper on the main floor.

Inside the hopper, the grain filters down between the two millstones’ grooves, where the grinding happens. The two stones involved in this process are called the “runner stone,” the top stone weighing in at around 2,600 pounds, and the “bed stone,” located below and weighing about 1,800 pounds in comparison. The distance between the two stones can be adjusted by the miller and will depend on how fine or coarse the miller wants the resulting flour to be.

The millstones are turned by a system of belts and cogs located directly below them on the first floor. John explained to us, as he showed us the system (below), that some of the cogs are metal while others are wood. He asked us why this would be the case, and we were momentarily stumped. “Metal against metal produces sparks,” he said, explaining the fire risk potential.

After being ground between the two stones, there is one more automated elevator ride to the top floor of the building, where the course outer layers of the grain and other impurities are removed. The grain then comes back down to the main floor and falls into the “meal bin” through a chute. At this point, the grain is now flour. The processes for cornmeal and grits are slightly different.

The best way to learn about this traditional — albeit automated — process and all the related history is to see the Mill in action, talk with a docent, and peruse its exhibits and hands-on activities. Just down the road from the Mill, there are other historic sites to explore:

Over the next year, the Friends of Wye Mill will continue to inspect and repair parts of their historic building and milling equipment with the help of millwright Gus Kiorpes (also the millwright for Mount Vernon). These repairs will be funded in part by the MHAA grant they received. We wish them and all of our grantees a merry Preservation Month and happy grant season!

Thanks for coming along on our virtual photo tour of the Wye Grist Mill.

This year Maryland Association of Historic District Commissions (MAHDC) is turning forty and it will kick off the celebration of this milestone at its 2019 Annual Symposium on Saturday, May 18, at the beautiful Conference Center of the Evangelical Reformed United Church of Christ (ERUCC) in downtown Frederick.

The theme of this year’s symposium is Looking Back, Looking Forward: Considering Maryland’s Historic District Legacy and Future. The morning session will provide an opportunity for attendees to explore the history of their districts through a series of case studies. A break-out session will encourage an exchange of experience about the reinterpretation of district history through the inclusion of new stories. In the afternoon session, attendees will consider the challenge of a changing climate and its impact on Maryland’s historic resources and landscapes with keynote speaker Lisa Craig, nationally recognized preservationist and expert on climate change. A panel discussion, followed by a Q&A, will allow attendees to share experiences from their districts and begin to formulate a vision to inform local strategies. You can learn more about the program or register online here https://www.eventbrite.com/e/mahdc-2019-annual-symposium-tickets-59208276549 . 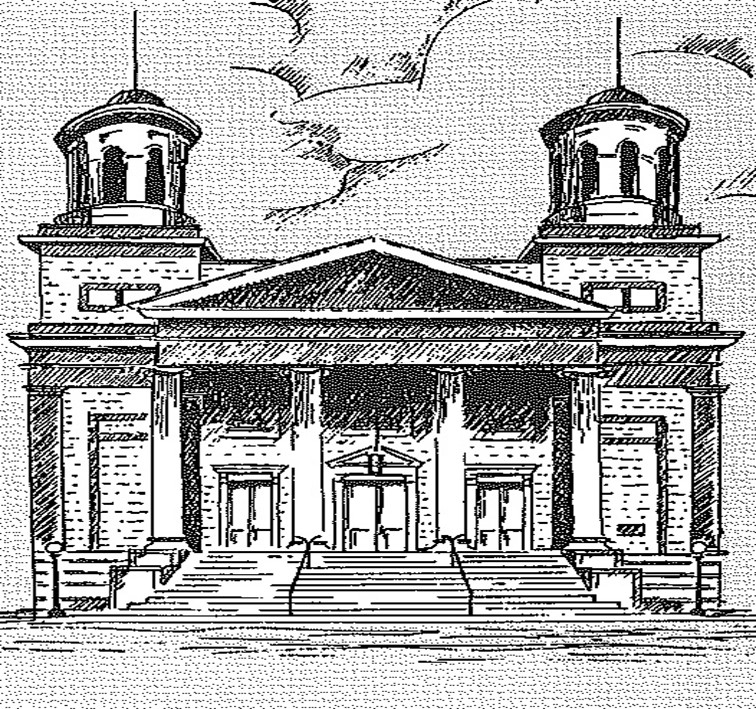 Over the past four decades, MAHDC has facilitated an exchange of information among the state’s Historic District Commissions and provided training for commissioners and staff in topics such as design review, law and legal procedures, and ethics that support the effective work of the commissions.  Between the two sessions, after lunch, the Board of Directors will launch the MAHDC fortieth anniversary celebration in the historic ERUCC sanctuary, when it will recognize the support of the Maryland Historical Trust and its Director Elizabeth Hughes,  MAHDC co-founders G. Bernard “Bernie” Callan and Cherilyn Widell, the former Mayor of Frederick, State Senator Ronald Young, and three of the first board members.

2018 MAHDC Annual Symposium at the University of Maryland, College Park

Since 2016, the MAHDC Annual Symposium has been a lively encounter of over fifty district commissioners, Certified Local Government staff and other preservation professionals and supporters, who gather to learn from experts in the field, ask questions, and exchange lessons learned from their experiences in the field. MAHDC is grateful for the generous support for this event of the Maryland Historical Trust and SuperGreen Solutions/Indowindow, the Symposium’s Principal Sponsor. We look forward to seeing you in Frederick on May 18th and welcoming you to the Symposium!