Last week, following release of the tax reform bill by the Ways and Means Committee in the House of Representatives, Maryland residents began reaching out to our office, alarmed that changes to the tax code could impact historic preservation projects in their communities.  The draft bill eliminates one of preservation’s most valuable tools – the federal historic tax credit. 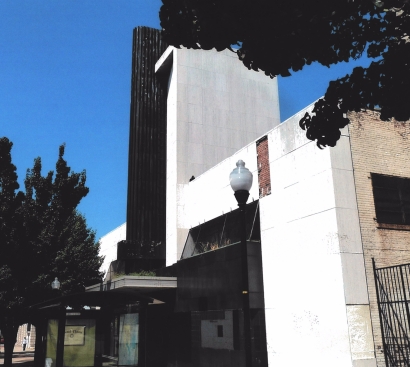 Centre Theatre in Baltimore City prior to rehabilitation. 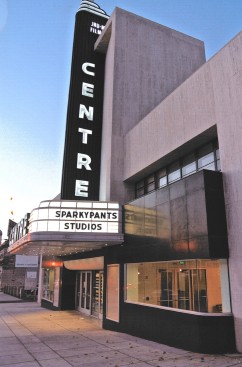 Introduced in 1976, the federal historic tax credit has supported over 42,000 rehabilitation projects nationwide. This number includes 505 projects completed in Maryland between 2002 and 2016 that generated over $2 billion in development expenditures and created over 28,000 jobs. Rutgers University recently studied the nationwide impacts of this incentive program and found that its investments are leveraged more than five times over; that is, for every dollar invested by the federal government in a historic rehabilitation project, an additional five or more dollars are invested through non-federal sources. The extraordinary return, plus the positive impact on historic properties, makes the tax credit (according to the National Park Service, in its preface to the Rutgers report) one of the Federal government’s “most successful and cost-effective community revitalization programs.”

The federal historic tax credit has assisted projects in every corner of our state. The incentive has helped rehabilitate blocks of rowhouses in Baltimore City, bringing these historic properties back into use as single family dwellings, and spurred the adaptive reuse of industrial buildings like the McCord Laundry in Easton (now the headquarters of the Eastern Shore Land Conservancy).  The credit has incentivized the renewal of obsolete institutional buildings like the Cottage “G” at the Warfield Hospital Complex in Sykesville that now serves as office space. Although the federal credit is often paired with the state historic tax credit, many of these projects require both incentives to be financially feasible.

Rowhouse rehabilitation is changing the face of Baltimore City by bringing historic properties back into use as single family dwellings.

Work on the tax reform bill is expected to happen quickly.  If you wish to learn more about the historic tax credit, its future and its impact on state preservation efforts, we encourage you to connect with Preservation Maryland, which has compiled a wealth of resources and information to assist. The Maryland Historical Trust will be monitoring this situation closely.

Our recent warm spell has been a welcome reminder that spring is just around the corner.  For those of us who are involved with historic buildings, spring means more than just crocuses and daffodils – it means repairs and maintenance!  Many historic property owners across the state are looking for funding this time of year, so MHT put together this primer on the basics of preservation funding for your bricks-and-mortar project.

MHT administers several grant and loan programs which assist what we refer to as “capital” (bricks-and-mortar) preservation activities.

Key considerations: Loan amount will generally not exceed $300,000; property must be National Register listed or eligible for listing; conveyance of a perpetual preservation easement is required; business and individual applicants must demonstrate inability to secure funding on the private market.

END_OF_DOCUMENT_TOKEN_TO_BE_REPLACED

On November 16, 2015, the Maryland Historical Trust announced the recipients of the latest round of Sustainable Communities Tax Credits. State funds provided by this program will help create over 650 construction jobs in projects designed to revitalize communities and promote green building practices.

The Sustainable Communities Tax Credit Program and its predecessor, the Heritage Structure Rehabilitation Tax Credit, has invested more than $370 million in Maryland revitalization projects since it began in 1996. The investments have helped restore more than 4,198 homeowner and 638 commercial historic structures, preserving buildings that contribute to the distinct character of Maryland’s towns, cities and rural areas. According to a study by the Abell Foundation, the program has helped to create more than 27,000 jobs through construction and new uses of these significant historic resources.

The six recipients are described below.

Originally built in 1898 for the Bagby Furniture Company the site is most closely associated with the Hoen Lithograph Company which operated on the property from 1902 to 1981. Hoen, which was established in 1835, was the oldest continuously operating lithographer in the United States when it closed in 1981. The historic complex is being restored and converted to house a lively mixed use development featuring a food production kitchen, a brewery, office space for start-ups and non-profits and market rate apartments targeting healthcare workers. 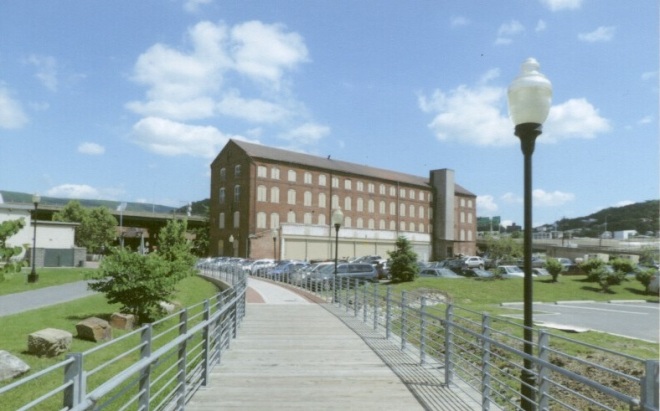 Built in 1905, this building is an important remnant of the city’s industrial heritage. The Footer’s Dye Works functioned as one of the dominant cleaning and dyeing facilities in the mid-Atlantic region thru the first third of the 20th century. This structure will be restored and expanded to house a mix of rental housing units, a restaurant/brewery and commercial office space.

Originally constructed as a commercial hardware store and later used as a furniture store this 1915 building is one of only a few large scale early 20th century commercial buildings surviving on the Eastern Shore. This significant building will be restored and repurposed to house rental residential apartments and retail spaces.

Constructed between 1850 and 1927 the St. Michael’s Church complex is a remarkably intact example of an historic urban religious campus. The church played a key role in the assimilation of German immigrants arriving in Baltimore and with its school and parish hall served as the social center of the parish. The now vacant complex will be restored with a mix of commercial uses occupying the former sanctuary building and parish hall and with other areas of the school and rectory being converted to rental residential apartments.

This 1906 school building has been vacant and endangered for many years. The project will restore the exterior of the building and repurpose the historic classroom, library and office spaces for use as a senior living apartment building.

This hotel was originally constructed in 1905 and remained in service as a hotel and restaurant until the 1920’s when it was converted to apartments. The renovation of the structure will restore the exterior of the building including the restoration of the siding, reopening of historic windows and doors and the reconstruction of the building’s missing porches.

Do you have an eye for detail?

Do you enjoy engaging with people?

Do you value historic buildings?

If so, you might want to consider applying for a position with MHT!  We are currently hiring two new preservation officers to serve as rehabilitation tax credit program reviewers within MHT’s Office of Preservation Services (OPS).  These new MHT’ers will have unique opportunities to make a real difference in the preservation of buildings large and small across the state.  Check out the job posting here — the deadline to apply is September 22.

END_OF_DOCUMENT_TOKEN_TO_BE_REPLACED

Summer is upon us, and with longer days and higher energy bills, many Marylanders are looking for ways to save money and conserve energy. With advancements in technology, government incentives and flexible leasing options, installation of photovoltaic systems are becoming more appealing and accessible. This summer the MHT blog will feature a series of posts exploring how historic preservation and green technology can work together. This first post will discuss how state historic tax credits can be used for solar energy projects.

The Sustainable Communities Tax Credit exists to promote the rehabilitation and reuse of commercial and residential historic structures across the state. What a lot of people don’t realize is that installation of mechanical systems, like HVAC, water heaters, etc. are eligible rehabilitation expenses that qualify for the 20% income tax credit. This includes systems that incorporate green technology, like geothermal and solar panels. 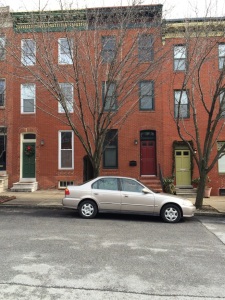 A parapet wall on a building’s roof can conceal solar panels from the public right-of-way.

This applies to both commercial and owner-occupied properties that are “certified” historic by MHT. To find out if your property qualifies, please check the program pages for details. In order for the expenditures to qualify for the credit, the system must be purchased rather than leased.

The work must also be consistent with the Secretary of the Interior’s Standards for Rehabilitation. This means that the system must be compatible with the historic building, it must be reversible, and it must not destroy or conceal character-defining historic features.

How do you know if your solar project would qualify for historic tax credits? To determine if your project is eligible, you must submit an application to be reviewed by MHT prior to starting work. In the meantime, though, here are a few examples of situations in which historic tax credits may be an option:

Flat roofs can be used for solar infrastructure.

Properties with large, flat or gently-sloped roofs are ideal candidates for solar panels. In this situation, panels should be set back from the ends of the building so they are not visible from the public right of way. Roofs with parapet walls can also provide an excellent opportunity to conceal panels. In order to ensure that units are not visible, it is always a good idea to do a mock-up on the roof prior to installation.

Additions might be an appropriate location for solar panels.

If your building’s roof is a gable, gambrel, pyramid or other prominent roof type, it will be difficult to install solar panels in a way that will not diminish the historic integrity of the structure.  A non-historic addition, however, may be able to accommodate panels in a way that minimally impacts the historic structure.  Solar panels on additions are reviewed on a case-by-case basis and factors to consider include the age of the addition, the roofing material, visual prominence, and surrounding landscape.

3) Properties with a lot of land

In some cases a property owner may be able to avoid negatively impacting the historic structure by installing solar ground-mounted panels instead. This works best for properties with a lot of acreage where panels can be set back a considerable distance from the historic structure and roads.  Special considerations should be given to properties located on significant cultural landscapes like battlefields as well as areas with potential archeological resources.

Unfortunately, many historic buildings do not have the roof type, orientation, visibility conditions, etc., that will permit unobtrusive solar panel installation. In those situations, solar co-ops may be an appropriate solution. This arrangement would not qualify for historic tax credits, but in many cases it may be the best solution.

For more information about the tax credit, please visit our webpage at http://mht.maryland.gov/taxCredits.shtml.

Nancye and Philip Bonomo do not own a low-maintenance home.  In fact, by most people’s standards, their 116 year old, 3,300-square-foot, wood-clad, Queen Anne-style home would be considered quite the opposite. Despite the yards upon yards of exterior painted wood surfaces, the Bonomos could not resist the history and charm of this house.  It also helped that, as their realtor assured them, they would be able to take advantage of state and local tax credits to help alleviate the burden of maintaining a piece of Maryland history.